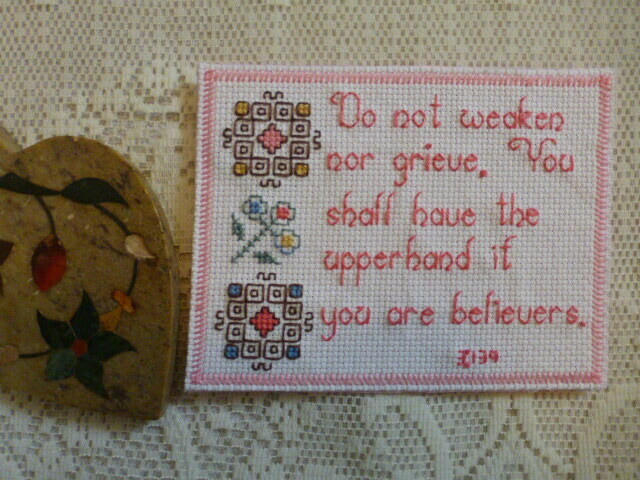 AL-A’LAWNA (The Upperhand, The Superiority)

In Surah Ale Imran (3:139), Allah, Al-‘Ala (The Most High), reassures us to not have weakness and infirmity (al-wahn) and grief (al-huzn) because if we are believers, having Allah-Consciousness and faith, we will have al-a’lawna (the upperhand and superiority). This ayat was revealed after the Battle of Uhud when the Muslims due to disobedience of Prophet Muhammad (s.a.w.), because of their weakness in character, courage, will-power, patience and faith, were overcome by the enemy. Due to that, along with the seventy shaheeds and many others wounded, the Muslims now felt even more weakened and sadness and humiliated and are being told not to lose heart. If we only have hope in Allah Al-‘Ala’s Power and Mercy, obey the Prophet (s.a.w.) and stay strong with piety and patience, we can overcome all setbacks and be victorious. Within any group of Muslims, the people will have different levels of belief. Some are true believers. Others have weaker faith. Others have sick hearts. Allah’s words create hope and “enthusiasm in the believing souls, admonishes and revives the weaker ones and censures and reprimands the hearts ailing with hypocrisy.” (Tafsir Al-Mizan) Prophet Musa (a.s.) received counsel from Allah when facing Fir’aun (Pharoah) and the magicians’ magic not to fear for he will be the uppermost, superior (see Surah Ta Ha 20:68).