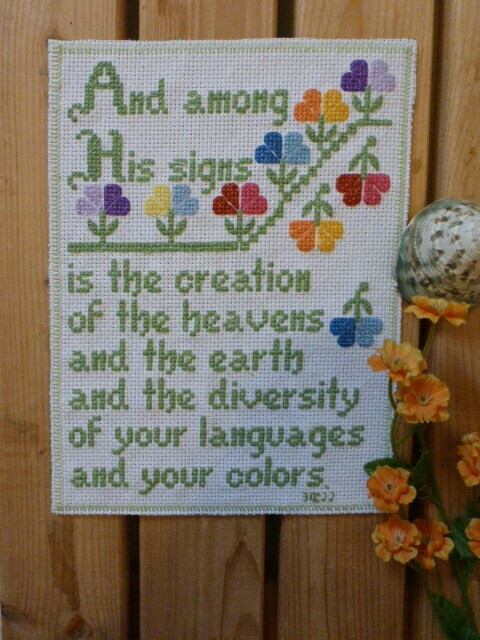 In Surah al-Rum (30:22), Allah, Al-Khaliq (The Creator, The Maker), draws our attention to the fact that among the numerous ayat (signs) of His is the creation of al-Samawat wa al-Ardh ((the Heavens and the Earth) and ikh’tilafu (the diversity of) alsinatikum wa alwanikum (your languages and your colours). While we know much about the Heavens, the universe, the galaxies, there is still much that we do not know still. The same is true of the Earth and what it contains and what lives on and in it. Subhanallah! The diversity, the variety, the differing languages and colours of people in the world is a great ayat of Al-Khaliq. Without people having such diversity, it would be impossible to differentiate each other. It is through the differences in how we speak and how we look that we are able to know one another. Each person speaks with a different voice and a different tone than every other person. We can often recognize a person just from their voice alone. As well, people speak different languages and through the languages we can know more about them, where they originated from, where their ancestors came from in the world. Each person has a different face than every other person (except perhaps identical twins) and it is through the face that we are able to recognize each other. People have identifying colours, such as hair and eye colour, as well. People’s skin colours are also diverse and we can recognize people by their skin colour. Groups of people have similar colours so that we can know where they originated from, which country, which part of the world they or their ancestors were born in. This diversity of people’s languages and colours is indeed a magnificent sign of Allah’s Greatness and Power. Allahu Akbar!